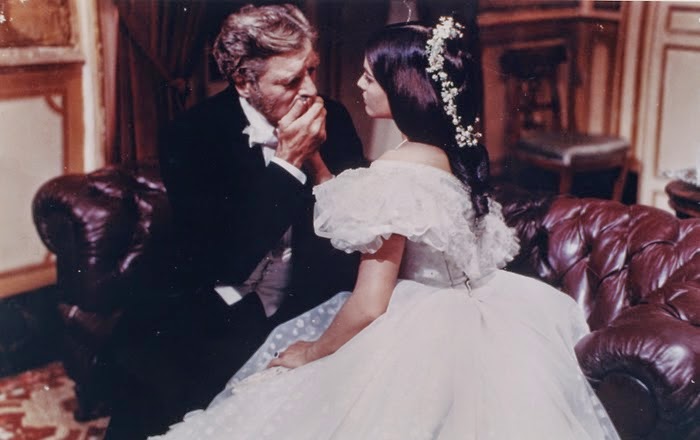 For an exciting, wild and mis-advised adventure in old India, try Black Narcissus. If you like stuff like Gone with the Wind try The Leopard, a film based on the Italian novel Il gattopardo by Giuseppe Tomasi di Lampedusa--about a Sicilian family and the aristocracy in the late 1800s in Italy.

If you like Jean Cocteau or Greek myths/legends, try the movie about Carnival in Brazil, Black Orpheus, [Orfeu Negro] by Marcel Camus, with Portuguese subtitles. It's old and classic and really enjoyable--the background music is great.

Try Out of Africa, what a classic film and book by the female explorer. Enjoy it! It's really great to watch, and read as well.

Be sure to try Jean Cocteau's Orpheus trilogy, especially the first [Blood of a Poet] and last one, Testament of Orpheus. Very meta and fun. They're super symbolist, and the second one is more normal if you want to see it. And his classic black and white Beauty and the Beast film.

For a strange, symbolist and awesome film, try the Armenian film The Color of Pomegranates; Armenian: Սայաթ-Նովա. It's incredible and fun to watch, with unique and odd scenes.

For a really moving, sad story of a girl and the only goodness in her life, the emotional connection she forms with a foreign Asian, watch the black and white silent film Broken Blossoms. The end will make you cry--even if you're tough. It has a white guy dressed up to play the Asian character because the film is from 1919 when that was common practice.

For a scary, strange, eldritch movie try Ozma of Oz, which is terrifying and yet supposedly for kids. I'm still afraid of it. But seeing Ozma, the princess, at the end is worth it. Don't miss it.
Posted by A at 11:46 AM

Email ThisBlogThis!Share to TwitterShare to FacebookShare to Pinterest
Labels: film