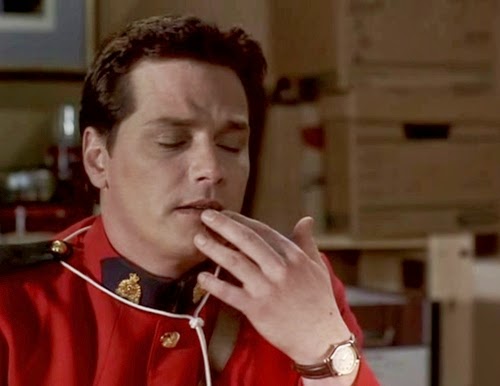 There's nothing than the true north, strong and free in the last episode of the tv series Due South. I even learned a lot about Chicago, home to the Nolans and a cool city flag. Ben Fraser made mounties looking amazing, and was fine.

Even Ray Kowalski was pretty fun too, but I totally called his real hometown. The soundtrack was great too. The show had some incredible moments--there should be reruns on stat. Both guys were such great characters, so well developed. It's a fun show but also a show where the emotional moments really kill you.

If you like First Nations, hiking style background music, check the show's out here, and make sure to especially try the track 'Horses' and 'Dief's in Love', the infamous 'Possession' here by Sarah McLachlan [in the show that episode is by far the most horrifying and moving, be sure to watch it after a bunch introductory episodes--you'll never think of it the same way again], and if you only hit up one, listen to this score suite for the show.

Email ThisBlogThis!Share to TwitterShare to FacebookShare to Pinterest
Labels: television